Dad was a good man in most ways and a bad man in just a few. He told me "If you aren't pissing off 10% of the population, you aren't doing anything worth while." Of course, he also said "Son: Sincerity is the KEY. If you can fake that, you've got it made." He was an excellent electro-mechanical engineer with many interesting devices to his name. His finest legacy is in the form of two perfect live steam train engines, both 4-8-4 Northerns. One standard guage and one O-guage. Both have been fired and run on propane although they were more often run on compressed air from tank cars, pulled behind, made from converted propane bottles. These engines were made, not from kits, but from scratch in his machine shop over many years.

1935 – Birth and Death in the Newton Family by Glen Edward Newton - the story of James Covington Newton's birth and Luther Samuel NEWTON death on the same weekend in 1935.

JC and his brother Glen singing with a recording of Glen playing the piano and Orsola singing the chorus of a hymn.
http://www.youtube.com/watch?v=CMEJXFCGRHI

This picture was probably taken on the front steps of Grandma Crammond’s house in Lansing. [Glen] hadn’t been born yet, and Dave and Jim were around 9 and 11. {Dorothy on the left, Grandma Crammond right, Dave center top, and Jim front}

July 1949 Jimmy, Dorothy, Dave in the back and Perry B, Eva, Charles E in the front.

JIm with the movie camera he made from cardboard, toilet paper or paper towel tubes, erector set parts, and optics from Edmund Scientific. The cardboard was soaked in glue and layers of paint to strengthen and protect it. The electric motor had a rheostat for manual speed control. It did work and did produce very respectable films. 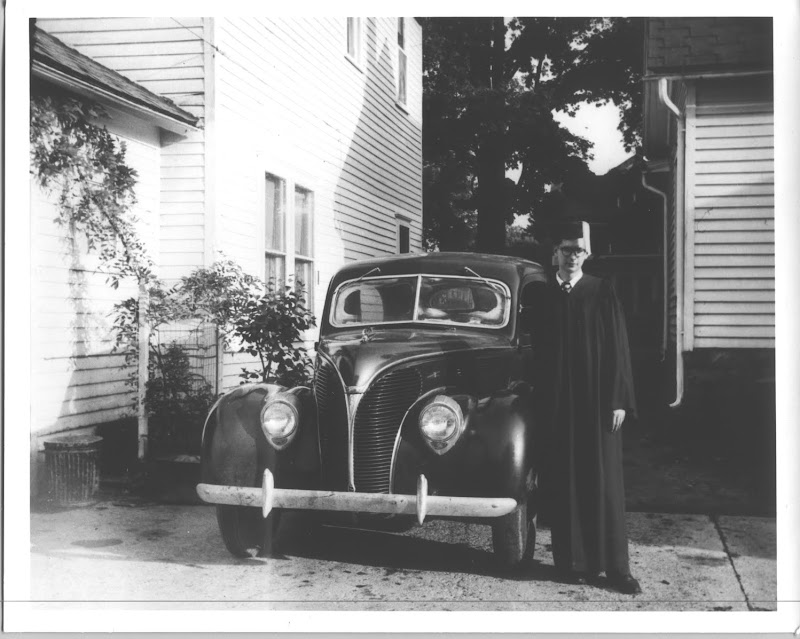